« back to exceptionly blog
Try Exceptionly Talent Marketplace for Free

Database and Kafka Integration with Testcontainers in Spring Boot

Before jumping into Testcontainers, I assume we all know that today’s applications tend to have many components, frameworks, databases, and event stores with paradigms such as Microservices architecture.

As the complexity grows with more and more moving parts, Software Testing and Automation become even more critical; therefore, many software testing methodologies have been developed to test an application’s functional or non-functional requirements, such as;

The naming and scope of each test methodology may vary based on the company, team, and scope.

This tutorial will demonstrate an Integration test scenario with the Testcontainers library to make sure integrated components work as intended.

Testcontainers is a Java library that supports tests by providing lightweight, throwaway instances of databases, tools, event stores such as Kafka, or anything else that can run in a Docker container. With TestContainers we can initiate any component with a Docker image and make the system or integration tests with the external resources.

I will have a PostgreSQL database, Kafka event store, and a REST API as components in this example. All the components I mentioned are integrated in the way explained below;

Based on the business structure defined above, I want to ensure that my Kafka consumer consumes events properly and saves them in the database.

Step 1: Create a Kafka producer and produce data on the specified topic.

Step 2: Make a REST API call to fetch the data that has been produced to Kafka previously.

To achieve this test case, I need to create separate containers for PostgreSQL, Kafka, and a container for the Spring Boot application.

To be able to use testcontainers add the following dependency in Gradle.

Set up Postgres Database with Testcontainers

I prefer to use GenericContainer over PostgreSQLContainer for the Postgres database as it feels more accessible to me to pass any environment variable and set up host configs.

Set up Kafka Container with Testcontainers

Set up Spring Boot Application with Testcontainers from a Dockerfile

I assume that you already have a Dockerfile for your application. If you don’t have one, check out my tutorial to learn how to Dockerize a Spring Boot Application.

Host address to be used in containers;

Remember the  ${database} and ${kafka} variables are passed when application container is started.

Finally, we have all containers created and ready to be used for integration tests, but we are still missing some configurations, such as Kafka producer. To test the application’s Kafka consumption, we need to create a Kafka producer and publish events on the specified topic. This behavior will imitate the external producer.

Remember the initial test case that drove me to create all these containers and setup;

Step 2: Make a REST API call to fetch the data that has been produced to Kafka previously that will hit the database.

TestContainers’s official website has excellent documentation and many modules for different test purposes.

I highly encourage you to go through the official documents to understand them in detail and challenge it yourself after this tutorial.

Feel free to check out my other related posts; 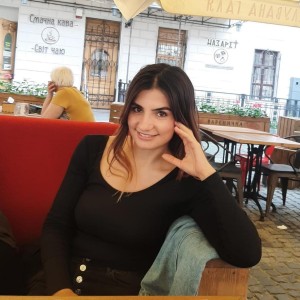